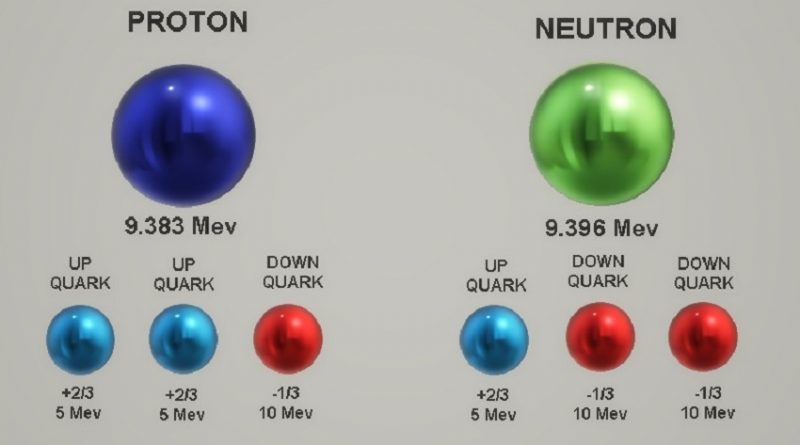 Every engineering student is taught that electrons have a negative charge, protons a positive charge and neutrons are electrically neutral. Now, scientists claim to have discovered that neutrons are not as neutral as they thought. Using data confirmed by three separate particle accelerators, University of Washington researchers claim that neutrons have three layers of charge–negative/positive/negative–that together sum to zero, accounting for the historical belief that neutrons are neutral. However, the new, more detailed understanding of how that neutrality comes about could enable a new breed of nuclear energy generators and weaponry.

“We have found that a neutron actually carries a negative charge at its inner and outer edges, but has a positive charge in between” said Gerald Miller, a University of Washington (Seattle) physics professor.

The idea that neutrons were actually composed of subatomic layers of charge that cancel to zero can be traced to speculation made in 1947 by Nobel laureate Enrico Fermi. However, Fermi speculated that neutrons had a positive charge at their core, which was offset by a negative charge on its outer surface. The uncertainty of his speculations, however, relegated them to historical footnotes not deemed worthy of including in textbooks.

The new data revealing the three layers of charge inside a neutron was obtained at the Thomas Jefferson National Accelerator Facility (Newport News, Va.) the Bates Linear Accelerator at the Massachusetts Institute of Technology (Cambridge, Mass.) and the Mainz Microtron at Johannes Gutenberg University (Mainz, Germany).

“We believe this is a clear fact of nature that we didn’t know before,” said Miller. “It is significant because nobody realized this was the case until now.”

The force of electrical attraction of oppositely charged particles, and repulsion of like-charged particles, is one of the strongest forces in nature, followed by the weak nuclear force, electromagnetism and gravity. This new understanding of that force could contribute to solving vexing problems concerning the manner in which atoms assemble into molecules. It could also lead to a more detailed understanding of the sun’s nuclear furnace, as well as more refined methods for harnessing nuclear energy for power generation and weaponry.

September 19, 2007
Scientists charged! The neutron’s not so neutral after all