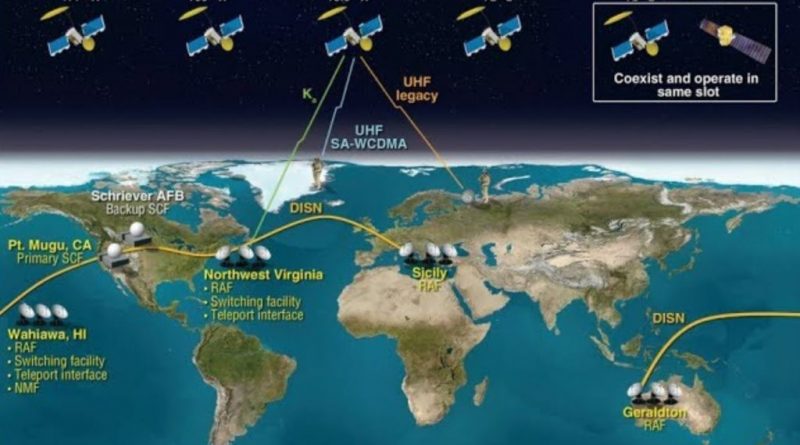 “The M5S (5 Star Movement) divided about the Sicilian maxi-radar”, headlined the Corriere della Sera, thereby spreading a maxi fake news – not about the directorate of the 5 Star Movement, which, after having won an electoral consensus with the “No MUOS” in Sicily, is now backing off – but about the very object of the dispute.

By defining the MUOS station in Niscemi as a “maxi-radar”, they are fooling public opinion into believing that it is an Earth-bound electronic scanning device, and therefore defensive. But on the contrary, the MUOS (Mobile User Objective System) is a new satellite communications system which extends the offensive capacity of the United States to the whole planet.

The system, developed by Lockheed Martin for the US Navy, is composed of an initial configuration of four satellites (plus one in reserve) in a geo-stationary orbit, and linked to four terrestrial stations – two in the United States (Hawaï and Virginia), one in Sicily and one in Australia. The four stations are linked by a network of terrestrial and submarine fibre-optic cables (the station in Niscemi is connected directly to the station in Virginia).

The MUOS, which is already in function, will become fully operational in the summer of 2019, attaining a capacity 16 times superior to that of the preceding systems. It will simultaneously transmit ultra-high frequency coded messages of vocal, video and data material. So submarines and warships, fighter-bombers and drones, military vehicles and on-the-ground units of the US and their allies, will thus be linked to a single command network of control and communications under the orders of the Pentagon, while they are operating anywhere in the world, including the polar regions.

So the MUOS station in Niscemi is not a “Sicilian maxi-radar” which guards the island, but an essential element of the planetary war machine of the United States.