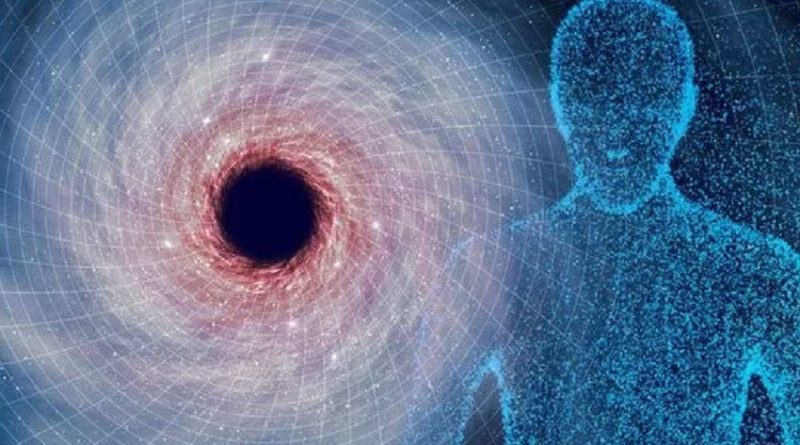 BLACK holes could hold all of the secrets of the universe and prove once and for all we live in a “giant hologram”, a NASA astronomer has spectacularly claimed.

Black holes are incredible wells of gravity, where the force of attraction traps everything including light. Black holes are often found at the hearts of galaxies and up until April this year have been purely theoretical. In April, astronomers behind the Event Horizon Telescope (EHT) collaboration photographed the first ever shadow of a black hole millions of light-years from Earth. But little is still known about the exact nature of these terrifying objects and speculation is rampant.

This is why astronomer Michelle Thaller, who is the assistant director of Science Communications at NASA, said dark holes challenge our understanding of physics.

The space experts appeared in a science video for Big Think, where she discussed the idea black holes are key to cracking the secrets of the universe.

And perhaps most shockingly, the astronomer suggested the universe in which we live is nothing more than a two-dimensional hologram.

Dr Thaller said: “Things are stopped in time as they fell into the black hole. And right at the boundary, there is almost kind of a sphere, a two-dimensional surface that somehow contains all the information about what’s inside the black hole.

“And this reminds people of something that humans invented, called a hologram.

“Now, a hologram is a two-dimensional object. You can make it out of glass or a piece of film. And you shine a light through it and all of a sudden, there seems to be three-dimensional projections.

“And the idea is that we are looking at some fundamental way the universe stores information. Around a black hole, where space and time have been crushed out of existence, could there be a shell of information, something like a hologram?”

But how does this cosmic revelation suggest the universe at large is a form of a hologram?

May 30, 2019
BLACK HOLE BOMBSHELL: NASA ASTRONOMER HINTS UNIVERSE COULD BE A HOLOGRAM