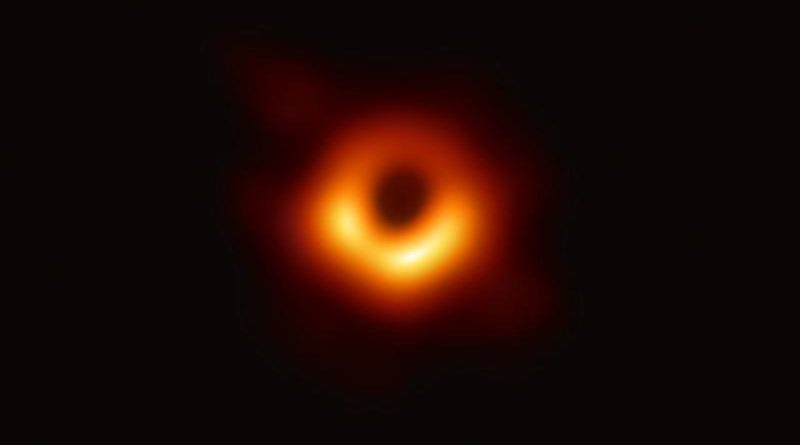 SCIENTISTS have revealed on Wednesday the world’s first ever photograph of a black hole’s event horizon at the centre of a galaxy trillions of miles away from Earth. Here is everything you need to know about the historic discovery.

The incredible “ring of fire” black hole was photographed 55 million light-years away from Earth in the galaxy Messier 87. Astronomers on Earth linked eight powerful radio telescopes to snap what is essentially the shadow of the black hole, cast by the glowing clouds of gas around it. The monumental breakthrough was published on Wednesday, April 10, across six scientific papers in the journal The Astrophysical Journal Letters. The black hole picture is a remarkable achievement because it is not a computer simulation – it is the real deal.

Sheperd S Doeleman, head of the Event Horizon Telescope (EHT) project, said: “We have taken the first picture of a black hole.

“This is an extraordinary scientific feat accomplished by a team of more than 200 researchers.”

He said: “The history of science will be divided into the time before the image, and the time after the image.”

EHT astronomers unveiled the black hole image this week after two years of linking together eight radio telescope observatories around the globe into one powerful instrument.

Professor Derek Ward-Thompson, University of Central Lancashire, said: “This is a truly remarkable result. Obtaining an image of a black hole is not as easy as snapping a photo with an ordinary camera.

April 12, 2019
BLACK HOLE PICTURE EXPLAINED: WHAT IS A BLACK HOLE AND HOW DID SCIENTISTS TAKE THE PHOTO?