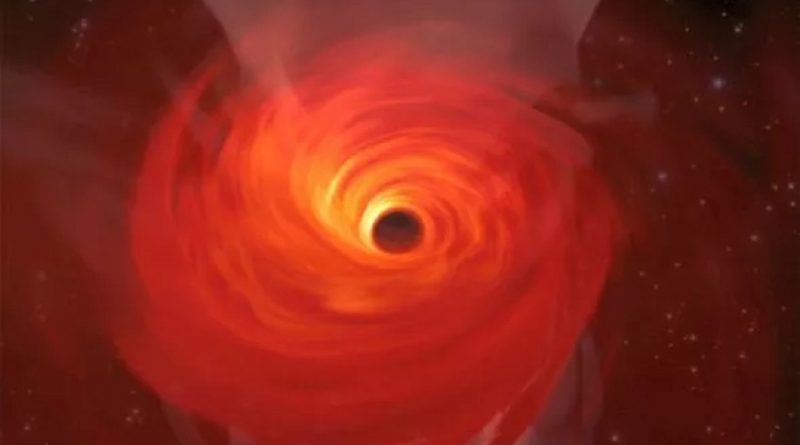 ASTRONOMERS using NASA’s Chandra X-Ray Observatory have recorded the deepest musical “note” in the universe and its astonishing source was found to be a black hole 250 million light-years from Earth.

The deep cosmic note, deeper than anything the human ear can hear, was tracked down to a monstrous black hole in the Perseus cluster. In 2002, Chandra astronomers observed bizarre ripples rushing through the gassy Perseus galaxy cluster. The ripples were found to be powerful sound waves, which have travelled for hundreds of thousands of light-years from the black hole at the heart of the cluster. A quick conversion into musical notes with the aid of a piano found the Perseus black hole was singing in B flat.

Andrew Fabian, of the Institute of Astronomy (IoA) in Cambridge, said: “We have observed the prodigious amounts of light and heat created by black holes, now we have detected the sound.”

On the piano, the B flat key nearest to middle C rests between the 1/8th and 2/8th of an octave away.

According to NASA, musicians will recognise the B flat as 1-1/2 steps away from middle C.

April 11, 2019
BLACK HOLE RECORDING: THE SOUND OF A BLACK HOLE REVEALED AND IT SINGS IN B FLAT