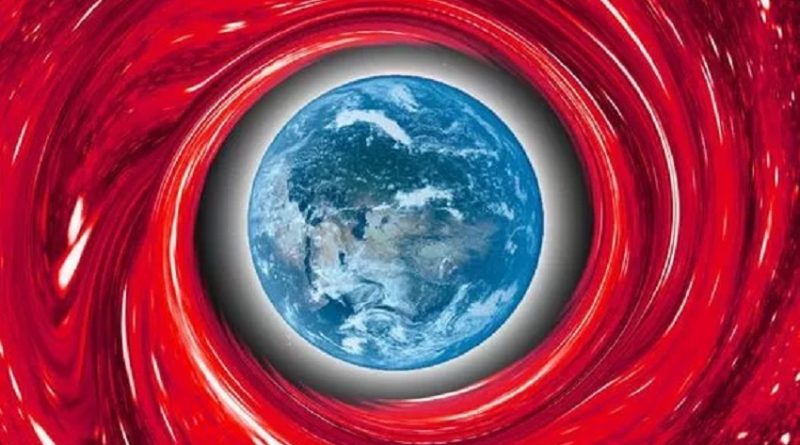 A FORMER NASA insider has shockingly claimed a miniature black hole could be churning away deep inside of the Earth.

On April 10 this year, scientists have unveiled the world’s very first photo of a giant black hole at the heart of a distant galaxy. The black hole was pictured in the centre of the galaxy Messier 87, more than 53 million light-years from Earth – a distance of 311,567,140,000,000,000,000 miles. But there is one scientist who believes there could be a black hole much, much closer to the Earth. Louise Riofrio, who formerly worked with NASA and predicted the speed of light is slowing down, believes a black hole could be hiding right beneath our feet.

Appearing on the paranormal YouTube channel thirdphaseofthemoon, the scientist argued the black hole is the source of Earth’s tectonic activity.

She said: “Billions of years ago, Earth would have formed around this tiny black hole just as pearl forms around a grain of sand.

“That black hole would be responsible for generating Earth’s internal heat, which causes volcanoes and earthquakes but has also caused our island to form.

“And the black hole would also generate the magnetic field, which protects us from the radiation of space.