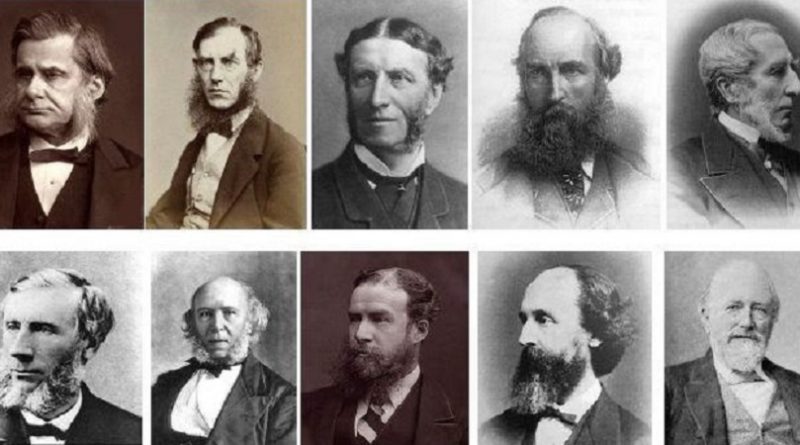 At the time of this group’s formation, Lincoln’s north was on the cusp of putting down the secessionist rebellion which the British Intelligence establishment had work decades to nurture guided by Anglo-American operatives in America itself as well as operations in British Canada.

Having far over-extended itself during the 2nd Chinese Opium War (1856-1860) to the Crimean War (1853-1856) to putting down Indian uprisings (1857-1858) and sponsoring the Southern Confederacy (1861-1865), the British Empire knew that it was on the verge of collapse. The world was quickly waking up to its evil nature, and a new paradigm of win-win cooperation was being exported from Lincoln’s America to nations across the world (American was a very different nation from the Anglo-American dumb giant the world has known since JFK’s 1963 murder -MEK).

Lincoln’s system had been known as ‘American System of National Economy’, a name created by the father of Germany’s Zollverein Friedrich List years earlier. Unlike British Free Trade, this ‘American System’ was premised on protectionism, national banking, long term infrastructure and most importantly placed the source of value on the human mind’s capacity to make discoveries and inventions as outlined by Lincoln’s 1858 speech by the same name. In this system, the Constitutional concept of the General Welfare was not mere ink on parchment but rather the governing principle of monetary value and national policy.

Lincoln’s chief economic advisor and coordinator of the export of the American system internationally after the Civil War was named Henry C. Carey. As early as 1851, Carey wrote his Harmony of Interests which stating:

“Two systems are before the world;

while the other looks to increasing the proportion engaged in the work of production, and diminishing that engaged in trade and transportation, with increased return to all, giving to the labourer good wages, and to the owner of capital good profits…

One looks to pauperism, ignorance, depopulation, and barbarism; the other in increasing wealth, comfort, intelligence, combination of action, and civilization.

One is the English system; the other we may be proud to call the American system, for it is the only one ever devised the tendency of which was that of elevating while equalizing the condition of man throughout the world.”

…The construction of continental railroads, and industrial powers of nations internationally was quickly bringing the world land bridge concept first elaborated by Colorado’s Governor William Gilpin quickly into being. For those who are unaware, Gilpin (who was also Lincoln’s body guard and loudest advocate of America’s transcontinental railroad) spent decades championing the international system of win-win cooperation which he outlined in his 1890 Cosmopolitan Railroad stating:

“The weapons of mutual slaughter are hurled away; the sanguinary passions find a check, a majority of the human family is found to accept the essential teachings of Christianity IN PRACTICE… Room is discovered for industrial virtue and industrial power. The civilized masses of the world meet; they are mutually enlightened, and fraternize to reconstitute human relations in harmony with nature and with God. The world ceases to be a military camp, incubated only by the military principles of arbitrary force and abject submission. A new and grand order in human affairs inaugurates itself out of these immense concurrent discoveries and events”.